Hello, I'm Branan Ward, and I love to make gifts from wood!

I am a lifelong resident of St. Augustine, Florida. My bride (Jackye – The Hippie Wick Chick), and I have been happily married since 1985. We have 3 grown kids and 4 growing grandchildren. I am also the founder and President of Ward Design Group, a well-established web design company.

I grew up watching the rest of my family make things. My father was a craftsman, primarily working with fiberglass. He could make anything. His creativity often got him in a bit of trouble. To say that he pushed the envelope of creativity with his customers would be an understatement. My brother Tom and sister Cindy also could make things out of anything! As the very little brother, that was the limit of my involvement - just watching.

After working for a larger organization in town for 20 years, I made a choice to put my efforts into building my own company, Ward Design Group. Now that Ward Design Group is running well, (since 2011) I decided to move my wood-hobby into a business. Jackye, my wife says that I am preparing well for retirement, but I chuckle because that is many years away.

I spend so much time staring at a computer screen, making website and logos, that I had to do something that was not at my desk so much. I’ve wanted to get my hands dirty a bit, moving my creativeness away from the computer and into something tangible, so I chose wood working. My first wood working project was our back patio. I used some very nice hardwood for that project, including a new floor tile system, an outdoor kitchen, and beautiful steps and railings. I did much of that wood work myself. I found so much enjoyment in it that I started making gifts. I think my first wooden gift was a wide tub caddie that I made for my bride and the big garden tub we have. At that point, I was off creating things almost daily. I’ve converted our garage into a fully operational wood shop. Yes, I left room for candle making, too. 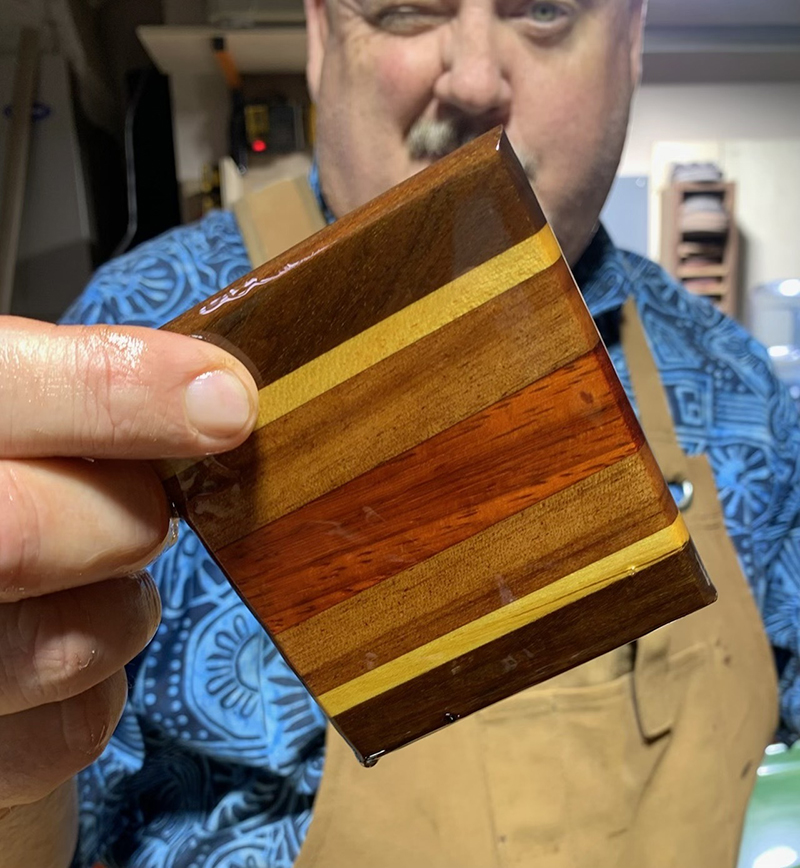 My wife, Jackye, has a well-known local brand called The Hippie Wick Chick. She makes all natural soy candles as well as other apothecary items, including very nice-crocheted pieces. She mainly sells through the Coconut Barrel in St. Augustine. All of my wood products are on display now at the Coconut Barrel, right next to my wife’s candles and other hand-made goods.

Although I love to fish and travel, most of my rare free time is spent enjoying family and reading. I’ve had the opportunity to serve and help many local charities and non-profit organizations over the years. Some of these include The St. Francis House, Somebody Cares St. Augustine, St. Johns County Boys and Girls Club, The Veteran Garden Project, and more. I currently serve as the Chairman of the Board of Directors for Big Brothers Big Sisters of St. Johns County. 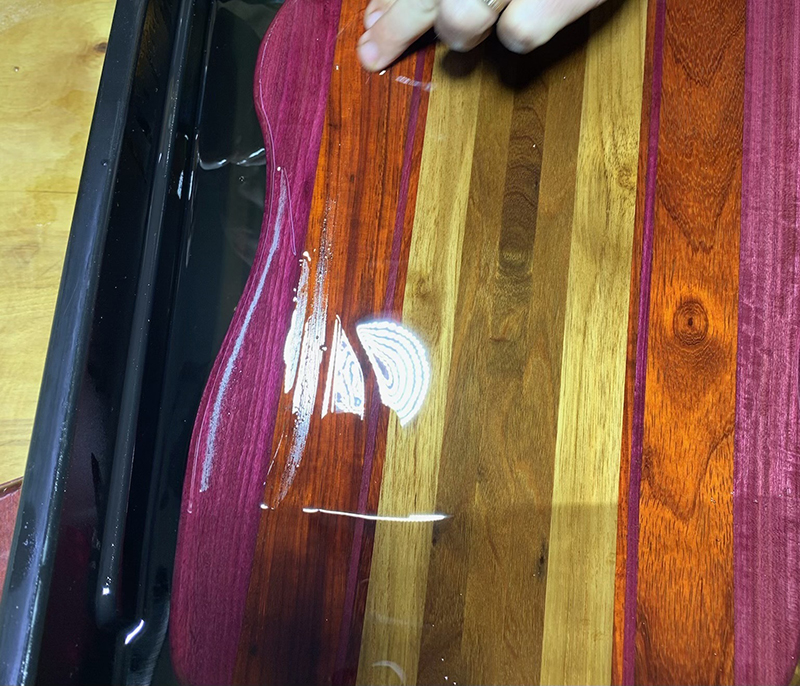 My passion is to help others. I look forward to the opportunity to hear how I can make nice things for you! Think of me and my wooden products at gift-giving times throughout the year. Most of my items, as well as my wife’s items, are in a good price point for gifts. Remember though, if you want something custom, please give me plenty of lead-time. Nice wooden customized products do not happen overnight.